“Catwoman Whip will take 48 guests at a time on a dizzying wheel mimicking the speed and rotation of a whip.” – Guides to Six Flags Over Texas

“Get ready to strap up and scream!”-The CW33

Zamperla’s Giant Discovery and Endeavor thrill rides, the Riddler Revenge and Catwoman Whip, became new additions to Six Flags Over Texas’ Gotham City in 2016. On the Riddler Revenge, riders experience back-and-forth pendulum swinging up to 147-feet heights at 70 mph, all while rotating counterclockwise. Considered one of a kind, Catwoman Whip builds up speed as it spins and tilts, its arm elevating to a 68-ft loop. 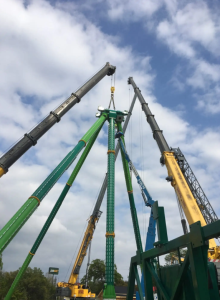 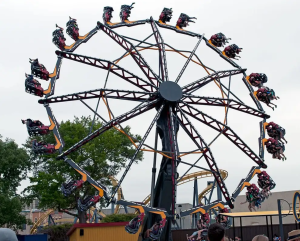 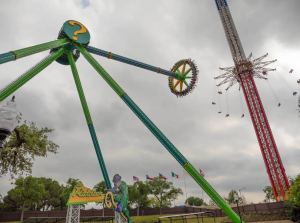 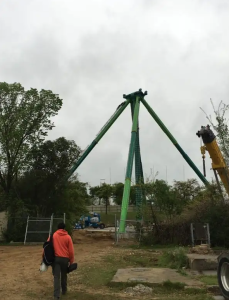